I go all research-based on you guys, I’d like to let you know Plastic Continents was not created to change you, who you are, or what you believe.

Plastic Continents is something I came up with originally when I was asked my second year of college, a pre-med student then,
“where do you see yourself in five years?”

I told my professor this assignment was impossible for me to accomplish considering the fact I did not even know where I would be the next hour, let alone the next five years. My professor was patient enough, thank you Sir, to modify the project for my sanity. My new assigned ‘mission’ was to teach the class something they would not know about. This was in 2011 mind you not. We were about 30 in the class or so, depending on whether everyone decided to be present, and had no clue as to how I should approach this new task of mine. And so the story begins….

My family moved to Key West about 11 years ago, from a horse farm in the North of France. Living in paradise for eleven years, the ocean became not only a lifestyle for me, but home. My favorite stories are always water-related. So the project had to be connected with the ocean. The few times I had been upset with living in Key West was when nature was disrupted and disturbed by human conditions; trash, broken glass, plastic bottles and bags in the ocean, and did I mention the trash after spring break left behind on the beaches? 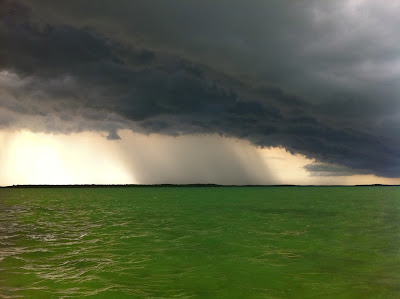 My mother, Sara, a childhood best friend of mine, and I went on the boat one afternoon. It was one of those days which dark clouds created an overcast, and you could see the approaching rain lingering miles away. The water was no longer crystal blue nor silver, but a mixture of dark greens and purples.The waves were choppy and smashed themselves against the boat’s hull almost as if to warn us to go home instead. Having named our boat “splash” for its ability to get its passengers soaked even on a calm day, going out on this rough afternoon was probably not the cleverest of ideas.  But we had committed ourselves to a quick boat ride, and there was no stopping us. After zipping through a passageway through mangroves to get to the Atlantic, in a channel called “government cut”, we halted to a stop when we a darkened figure ahead of us slowly became apparent. Putt-putting (the noise your motor makes when you are almost on idle (“neutral”) our way towards the sea-creature. A turtle! A beautiful almost full grown turtle. But as we got closer, something was noticeably wrong.

Swimming on its side as if it was ill. It wasn’t until we were right along its side, we took notice of the plastic fishing line wrapped around its body and neck, and knew immediately it was in trouble because of it. Although we contacted Florida Keys Wildlife Rescue team and let them know our location and our situation, there was nothing left more to do then to remove the plastic, and ….Long story short, the story still haunts me to this day. I remember it as if it happened yesterday. 13 years old, happy and proud to be a “conch“, the sadness I felt that day is one I told myself I would never forget. I also recall telling myself that this story will be one that will never go untold.
Spreading awareness on the harmful effects plastic debris have when they are released into our environment and will most likely reach our ocean.